Written by a non-trustee

I have never felt the urge to become a trustee because I felt I lacked the skills and experience. But I have realised people at my age, 27, can become a trustee as long as they have an interest in the organisations work and the relevant skills. It’s so important for charities to believe in younger people like me to become trustees, then so many more charities can benefit from the investment they put into new recruits as they are more likely to stay longer and make a real difference for their charity.

Trustees are passionate people who volunteer their time because they believe in their charities’ cause. They are usually people who have a passion for what the charity does and they are keen to develop a more cohesive society. The volunteers play a behind the scenes role effectively, designing strategic plans to take their charities forward and deal with a number of matters, including finances, marketing and project development.

During Trustee Week 2012 we, Voluntary Action Harrow, were really busy putting on events and increasing awareness of trusteeship. At our quarterly trustee networking event, there was a lively discussion on how and why charities should recruit more young trustees. Next, we had a ‘tea and cakes / celebration of our new office event which was thoroughly enjoyable. That wasn’t surprising as one of our members mother baked a range of delicious cakes, which was consumed by various trustees, volunteers and colleagues from Harrow’s voluntary community sector organisations.

I am not a trustee, I am still waiting to find that right charity, but, after being heavily involved in Trustees’  and Trustees development I have been actively searching for appropriate trustee vacancies that match my interests and skills. I have a number of interests so please, charities: post your board roles far and wide you’ll never know who you might recruit. 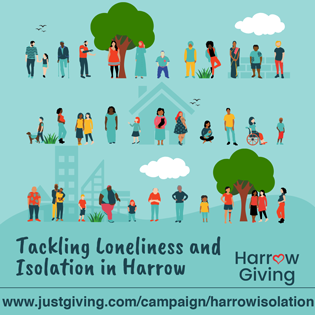