Happy #trusteesweek to all out there. Great volunteers doing awesome work driving organisations forward across the UK #thanks

Happy #trusteesweek! I’m a trusty charity trustee and proud of it 🙂

Me three! RT @m_sherrington: Me too! RT“@LucyCaldicott: Happy #trusteesweek! I’m a trusty charity trustee and proud of it :)”

Love our trustees! Special mention for William Trinick & Liz Pollard – been with us since Trussell Trust started back in 1997 #trusteesweek

Over 180,000 charities in England & Wales registered with Charity Commission – that’s lots of celebrating to do during #Trusteesweek

#TrusteesWeek tip for CEOs: Even good chairs need sitting on and should be sturdy support; if not, switch on the music!

Purely recruiting from your own networks leads to ‘stale boards’ – a range of skills, ideas & perspectives will benefit you. #trusteesweek

@ChtyCommission What would be your one top tip for new #Charity and #VolSec trustees? #trusteesweek

As it’s #trusteesweek we have built a hub of information! Take a look, and let us know what you think? http://t.co/a2vwUnlZa5

My new @ncvo blog for #trusteesweek: 10 things I have learnt as a trustee http://t.co/IutMQ5SFrk

If you have drive, energy and ambition, consider signing up to being a young trustee #trusteesweek http://t.co/zC0UXgNMY1 @YoungTrustees

“Even Superman is part of the Justice League, which is sort of a committee” @Charlotte_Bray on #trusteesweek http://t.co/Y8GPeHfVSr

The energy conversation is an amusing one as we are all sat in a freezing room! Every penny counts! #trusteesweek #lifeofatrustee

“I want to help wherever or whenever I can” – Trustee Tony Dart sums up the #FeelAlive spirit of #trusteesweek: http://t.co/KsJ44VoppT

This might be very obvious for us to say, but we think that accountants in charities are very important http://t.co/9ppjC1og9F #trusteesweek

Its day five of @TrusteesWeek! But every week is #trusteesweek for myself and @downs_dad_uk…we love it!

A MASSIVE THANK YOU to every single Harrow Trustee for getting involved to publicise #trusteesweek! With particular thanks going to Victoria Silver (@VictoriaSilver4) for getting us so many great photos, you’re fantastic.

It has been an INCREDIBLE week and VAH know it has inspired a lot of people, to find out more about becoming trustees. Which is BRILLIANT!!

To show our appreciation to the trustees that gave us their photos we have quickly created a trustee collage which you can download and print to show off the great Harrow trustees. 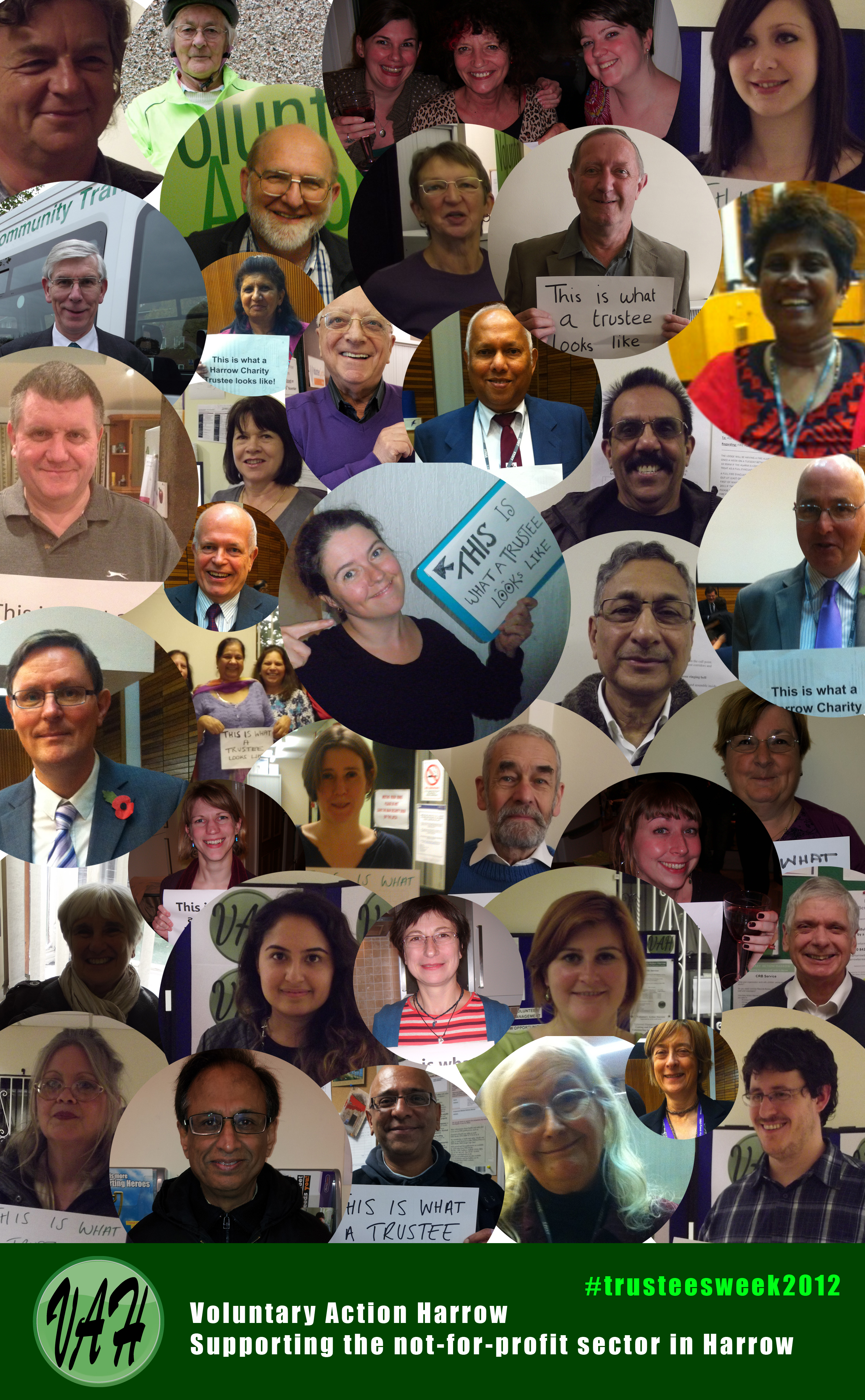 “Trustees are the people in charge of a charity. They play a vital role, volunteering their time and working together to make important decisions about the charity’s work. Trustees’ Week is an annual event to showcase the great work that trustees do and highlight opportunities for people from all walks of life to get involved and make a difference.” (Trustees Week Blog)

To celebrate and promote this brilliant week Voluntary Action Harrow has been travelling Harrow taking photos of trustees with the sign “This is what a trustee looks like” to raise awareness of this special event.

Harrow Agenda 21 (HA21) is working to enable local people to act together to improve their quality of life in a sustainable way. They NEED active members to overcome several challenges so please get in touch.

Harrow Law Centre who provide a free and independent legal advice service to people who live or work in the London Borough of Harrow. Examples of services include; where the client needs a solicitor’s letter, representation in court and advice on bringing a judicial review.

VAH would like to thank all those who agreed to have their photo taken to raise awareness of Trustee Week.

If you would like to submit your photos send it to alexbuckmire@voluntaryactionharrow.org.uk 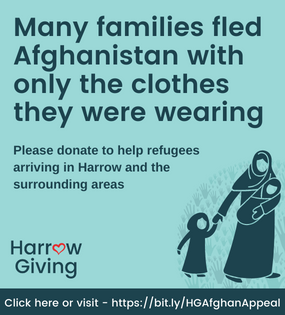