“Cooperatives are a reminder to the international community that it is possible to pursue both economic viability and social responsibility.”  Ban Ki-moon (United Nations Secretary General)

Co-operatives can be traced back to early civilisation when humans gathered in communities for mutual benefit. Arguably the oldest form of social enterprise, co-operatives aim to put people, rather than profits, at the center of their organisational model by empowering workers to collectively own their own businesses.  They are one of the most innovative organisational structures whose commitment to a triple bottom line of ‘people, planet and profit’ tries to ensure economic, social, and environmental sustainability. Because of this, there is a growing interest in co-operatives as an organisational model, despite the negative press associated with the Co-operative Bank.

In 2013 the Guardian stated that co-operatives have grown by a fifth since 2008, whereas the wider economy has failed to grow at all. They went on to say it is pretty clear that the co-operative approach works even in a difficult climate. Whilst co-ops seem to be going from strength to strength, it’s strange to see people’s blank faces when they find out Voluntary Action Harrow (VAH) is a co-operative. “What is a co-operative?” “You mean your hippies?” Some of the responses are quite humorous but it highlights a worrying fact most people don’t really understand what co-operatives actually are.

International Co-operative Alliance, define a co-op as “an autonomous association of persons united voluntarily to meet their common economic, social and cultural needs and aspirations through a jointly owned and democratically controlled enterprise. Co-operatives are based on the values of self-help, self-responsibility, democracy, equality, equity and solidarity.  In the tradition of their founders, co-operative members believe in the ethical values of honesty, openness, social responsibility and caring for others.”

In comparison, Co-operatives UK uses the simpler definition: “Co-operatives are businesses owned and run by and for their members, whether they are customers, employees or residents. As well as giving members an equal say and share of the profits, co-operatives act together to build a better world through co-operation.”

Whilst co-ops can be defined in various ways: no single definition is sufficient to explain the potential and flexibility of the organisational structure. Voluntary Action Harrow (VAH) is a workers co-operative, which means it’s owned and managed by its members. There are many different kinds of co-operatives such as housing, building, retailer, utility, credit unions, social, consumer, agricultural and political, amongst others. They might come in different shapes and sizes but all co-ops around the world generally operate according to the same seven core principle:

These principles underpin co-op policies, practices and procedures to ensure a united value and mission.

And this is the real beauty of co-ops!

By agreeing to these global values you are joining a movement of like-minded organisations and individuals with a strong determination to build a better future for us all. Through this powerful network you can receive help, resources and advice which can be invaluable when starting-up.

If national co-operative statistics and local interest in co-operatives are any indication, no doubt, the co-operative movement will continue to grow and expand.

Keen followers to VAH’s Twitter and Facebook pages might have noticed that it’s Co-operatives Fortnight 2013 (#coops14), a national campaign to celebrate co-operative businesses up and down the country. During the next two weeks our marketing team will be in full swing bringing you the best of how local co-ops are celebrating the event, and providing you with information about this ethical and innovative business model.

The simple definition of a co-operative is ‘an enterprise that is owned and democratically controlled by its members’. Embedded in their beliefs, values, vision, and practices, are community and sustainable development.  The Co-operatives UK website is a fantastic resource if you would like to learn anything and everything about co-ops.

With the theme ‘local, loved and trusted’ the fourteen days of Co-operatives Fortnight will see businesses ranging from bike shops to bakers, architects to allotments and farmers to pharmacies inviting local people to join them in celebrating the fact that they are owned by and run for their members.

We are inviting people to join us at a free Introduction to Co-op Development Event to celebrate Co-operatives Fortnight. This will be an informative event celebrating co-operatives and is a perfect opportunity to learn more about starting a co-op. So if you’re involved in a co-op or looking for a new innovative business model, get down to The Lodge.

As the newest member of our workers co-operative and true supporter of ethical business I hope to see more local groups taking up this business model. 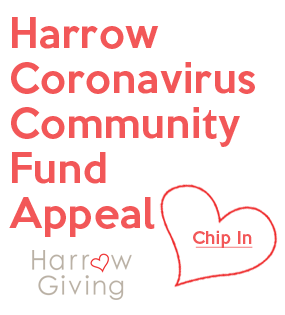